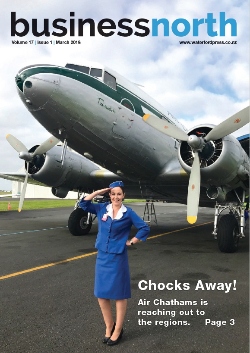 
Like Van Lier Nurseries and its signature flower, the rose, beautiful things blossom and bloom from the seeds of passion and hard work.

When Walter and Maria Van Lier arrived in Auckland from post war Holland in 1951 they could not have foreseen that a lasting legacy of a proud family business would come from their passion for producing flowers of exceptional quality.

Known affectionately to everyone as Opa and Oma (Dutch for Grampa and Grandma), Walter and Maria initially settled in a Salvation Army boarding house in Khyber Pass. On Sundays they went to church, then toured around Auckland on their bikes looking for a parcel of land to buy. They eventually settled on a piece of land in Glen Eden where they grew potatoes, selling them for a pound a sack.

When Walter first came to New Zealand he saw a gap in the market for cultivated cut flowers and in 1961 the enterprising couple purchased land in Massey building one of the nurseries from which Van Lier Nurseries still operates today.

From humble beginnings over a 50-year period Van Lier Nurseries has grown to become the North Island’s largest rose grower and the second largest in New Zealand, producing over 2.5 million rose stems each year.

Van Lier Nurseries sells its products to other growers, wholesalers and fl orists throughout New Zealand via auction or direct sales from its website or over the phone. Carnations were the first flowers grown by Van Lier Nurseries and it was not till the 1980’s that roses became its signature flower.

Chief operating officer, Joanne Hurley says that while roses account for 60% of the Nurseries revenue a wide range of non-rose flowers are produced including Alstroemeria, Carnations, Parzival, Gypsophilia, Limonium, Statice, Solidago and Veronica.

The business also has its own propagation division, importing tissue culture, which is planted in a soil medium and grown for its use and other cut flower growers. Roses and carnations are also grown from cuttings.

Today the couple’s son, Theo, is at the helm with their grandson Harry now a third-generation Van Lier rose grower. In 2001 the business expanded and the Riverhead Nursery was built.

“The initial glasshouse was 9000sqm and then in 2014 we built a further 5000sqm glasshouse,” says Joanne. “We’re now in the throes of expanding further by adding a 2000sqm purpose-built propagation glass house.”

he says innovation and technology has increasingly become an important part of the business, including the use of water reticulation, energy and shade screening.

“Diffused glass in the 5000sqm glass house means that the facility can be planted more densely, improving production. It also has a higher stud so we can control the environment for humidity and shading more effectively.”

Van Lier Nurseries is one of those post war immigrant success stories that has been built on passion and a market place reputation for quality.